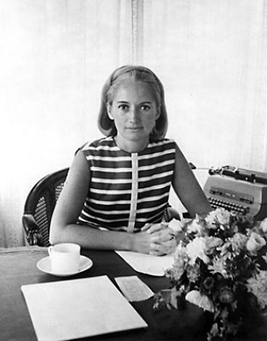 Upon founding Wells, Rich, Greene in 1966, Mary Wells Lawrence became the first woman to found, own and run a major agency—and the first female to be CEO of a company traded on the Big Board of the New York Stock Exchange.

In her heyday, Wells Lawrence was responsible for some of advertising’s greatest campaigns, such as Alka-Seltzer’s “Plop, Plop, Fizz, Fizz,” Ford’s “Quality is Job One” and “I Love New York.” While her agency has long since folded (she sold the company for $160 million in 1990), her legacy lives on.