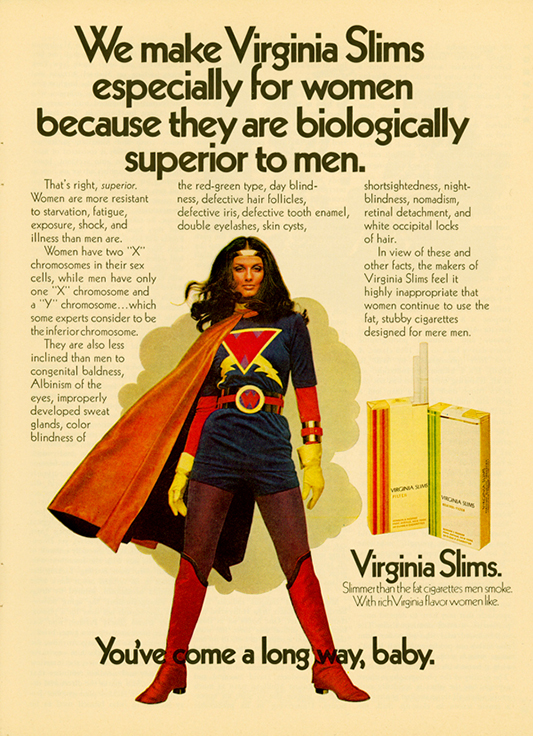 Just as the feminist movement was gaining in strength and popularity, the Phillip Morris Company teamed up with the famed Leo Burnett Agency to capitalize on shifting attitudes. The campaign was for their new brand of ultra-smooth Virginia Slims cigarettes. It specifically and unabashedly targeted women, which was itself a new phenomenon. Every ad in the campaign put a woman front and center, equating smoking Virginia Slims with being independent, stylish, confident and liberated.